The WPPh exhibition is brought to Serbia with the support of The Netherlands Embassy in Serbia, The OSCE Mission to Serbia, Cultural center Dom omladine Belgrade, Studio M RTV Vojvodina and EXIT Festival.

What is The World Press Photo organization? When and how was it set, and what are her goals?

Michiel Munneke:  World Press Photo is run as an independent, non-profit organization with its office in Amsterdam, the Netherlands, where World Press Photo was founded in 1955. World Press Photo is committed to supporting and advancing high standards in photojournalism and documentary photography worldwide. The foundation strives to generate wide public interest in, and appreciation for, the work of photographers, and to encourage the free exchange of information.

Each year, World Press Photo invites photographers throughout the world to participate in the World Press Photo Contest, the premier international competition in photojournalism. The prizewinning images are displayed in an annual exhibition that tours to 100 locations in 45 countries, and is seen by millions of visitors. Activities further include an annual contest for multimedia, exhibitions on a variety of current themes, and the stimulation of photojournalism through educational programs.

Why are you dedicated to press photography? What is its significance?

Michiel Munneke: Photojournalism means to me eye witnessing and documenting. It is a powerful and effective way to inspire understanding of the world we live in. We offer people a “window of the world” and our purpose is to make sure as many people as possible can see photographs that evoke a collective consciousness of our environment. Millions of people are reached through the traveling exhibitions, through our new smart phone and iPad applications, our books, and our website.

This year’s winning entries include several news photos from events such as the Arab Spring and the Tsunami in Japan, we saw the threat of war and natural disasters of life, but also tender and loving moments such as an old Argentinean man who takes care of his wife who suffers from Alzheimer.

How is the competition for the best press photo organized? Who can participate?
Michiel Munneke: Now in its 55th year, the annual World Press Photo Contest is universally recognized as the world’s leading international contest for photojournalists, setting the standard for the profession. For each contest, an international jury looks for the best photographs from the past calendar year.

The contest is judged by leading experts in visual journalism who represent various aspects of the profession. The judging is conducted at the World Press Photo office in Amsterdam, where all entries are presented anonymously to the jury, who discusses and debates their merits over a period of two weeks. The composition of the jury is changed from year to year, they operate independently, and a secretary who has no vote safeguards our fair and balanced judging procedure.

Single pictures as well as photo stories/portfolios are accepted in the following nine categories: Spot News, General News, People in the News, Sports, Contemporary Issues, Daily Life, Arts and Entertainment, Portraits and Nature. The contest is open for all professional photographers and it is free to participate. It draws entries by professional press photographers, photojournalists and documentary photographers from across the world, with 5,247 photographers from 124 countries participating this year with 101,254 pictures submitted by the mid-January deadline.

As part of the organization’s mission to encourage high professional standards in photojournalism and to support professional press photography in all its aspects, World Press Photo decided to initiate a new contest for multimedia productions last year. While photography continues to play a significant role in global media, the organization recognizes the increasing importance of photography products in the market, and is aware of a broadening in demand beyond the still image in printed media. World Press Photo is hoping to provide impetus to photojournalistic multimedia by recognizing productions of exceptional quality.

Which criterions are you using to choose the winning photos?
Michiel Munneke: News value and original visual treatment of the subject are interpreted by the jury across the 9 categories. In “hard news” categories news value will naturally be much more carefully weighed than in Nature, for instance.

How did you come to idea to create an exhibition like this around the world?
Michiel Munneke: That 1955 award came after members of the Dutch photojournalists’ union had the idea of creating an international competition to complement a national one, the Zilveren Camera. They hoped to benefit from exposure to the work of international colleagues. A public exhibition was held to display the results of the contest. Almost immediately, the step was taken from organizing a one-off event to creating an annual contest, with a subsequent exhibition as a bridge to the public at large. From the beginning, the various elements that form the World Press Photo compound were in evidence — not only the contest, exhibition and award, but also the organization’s educative and communicative roles.

Are the photographers from Serbia interested in this competition?
Michiel Munneke: This year only 9 photographers from Serbia entered their work in our photo contest. The contest is open for all professionals and it is free to participate. Winning can offer a huge platform for the photographer’s work: the winning images will travel around the world and are published in a catalogue that is published in seven languages. I’d like to appeal to all Serbian photographers to keep this in mind and enter in December on our website. If you don’t enter, you can’t win! 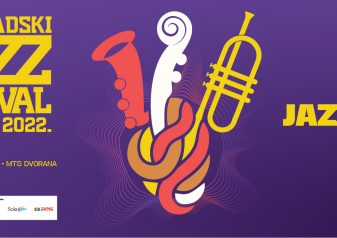 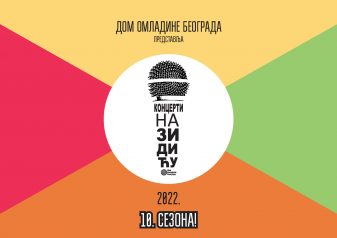 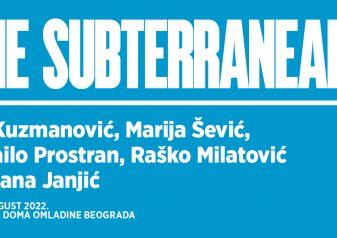